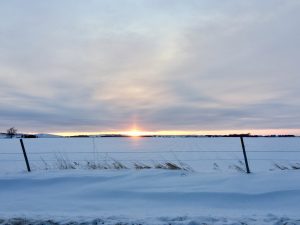 WELCOME TO THE NEBRASKA FILM OFFICE

The State’s tourism slogan, “Nebraska. Honestly, it’s not for everyone,” has garnered national and international attention. And like tourism, filming on location in Nebraska may not be for everyone, however. Everyone is a filmmaker, as a hobbyist or professional, and we can offer something for you. Nebraska continues to embrace independent film, commercials, documentaries, and web series shooting on location. Some of the activity develops from outside the state, while there are many Nebraskans applying their passion for the moving image right here at home.

From east to west and north to south, our topography offers a variety of visuals for your project. Airline service in Nebraska reaches major metropolitan cities beyond our borders. With daily flights, non-stop from either coast to Omaha, and major airlines servicing our state’s longest runway in Lincoln, getting here from there is achievable. Regional express flights service Scottsbluff in the panhandle and centrally located Grand Island on the Platte River. Many smaller community airports offer service to private and corporate air traffic with 24-hour fueling service, hanger space, quality runways and maintenance assistance. https://dot.nebraska.gov/aeronautics/

Locations across the state have been the backdrop for several Alexander Payne films, the Coen brother’s “Ballad of Buster Scruggs,” and more recently, the Maze brother’s soon to be released “La Flamme Rouge.” The communities of Omaha and Lincoln and outlying areas have hosted a variety of commercials for regional and national markets.

WE invite you to our backyard, 77,000 square miles of the Great Plains region, doted with rural communities full of history, great food and exceptional people. We invite you to inquire about filming on location in our state’s largest city, Omaha and surrounding metropolitan area. We invite you to our state capital, Lincoln, home of government and, yes, NCAA Husker Women’s Volleyball champions. We invite you to learn about our crew and services and resources for physical production.